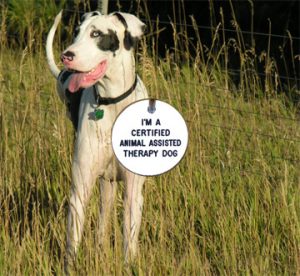 Why Dogs Roll in Stinky Stuff

While dogs are well domesticated, they do retain certain instinctive actions passed down through their ancestors. In some cases it’s the survival instinct and in others, just because it feels good. Dogs disguise their own scent by rolling in smelly things. This ancient instinct confuses their prey when they are hunting or helps to keep […]