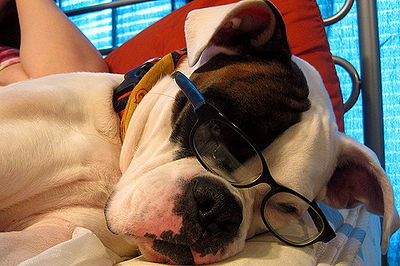 How intelligent is your pet? Research on animal intelligence is a fairly new field but a lot has been learned about how animals think.

Charles Darwin, when explaining how human intelligence developed, theorized that it must have developed from animal intelligence. He argued that animals face the same challenges humans do – finding a mate, finding food and making a path through their habitat. In order to survive they must use problem-solving and categorizing skills. Darwin’s understanding of animal intelligence was not accepted until recently when it was discovered how much animals can understand.

In 1977, Irene Pepperberg began to teach a parrot to speak. She worked with him for 31 years and taught him enough words to enable her to ask him questions about a bird’s basic understanding of the world. She couldn’t ask him what he was thinking about, but she could ask him about his knowledge of numbers, shapes, and colors. For instance, he knew that two objects were the same color but different shapes.

In 2001, a border collie appeared on a German TV show and demonstrated his knowledge of 200 names of toys. Other border collies were later tested and one had a vocabulary of 300 words. Although this is not the norm, dog owners speak to their dogs and expect them to understand.

Chimpanzees are known to be extremely intelligent. They make tools from straws and sticks in order to pull termites out of their nests. Chimps can also be taught to communicate with humans via sign language.

In tests of New Caledonian crows it was discovered that their ability to make tools was innate and not learned from watching others. Crows which had been bred in captivity away from older birds still made tools. It was also discovered that they could use this talent creatively and think up different ways to create tools.

Some researchers believe that certain birds have the ability to remember a specific event in the past. Other scientists say animals can’t distinguish between past, present and future.

University of Colorado at Boulder sociologist and author Leslie Irvine studies dog and cat intelligence. She compares dogs and cats to human infants, who don’t have language skills but do have personalities and emotions. One sign of pet intelligence is the ability they have to understand the emotions of their human friends. Dog training demonstrates the ability of a dog to reason. The dog makes up his mind how to respond to a command by deciding whether obeying or not obeying will get him a better result.

Some breeds of dogs are more obedient and are therefore considered by some to be more intelligent than other dogs. These breeds include Doberman Pinschers, Border Collies, Poodles, German Shepherds, Shetland Sheepdogs, Rottweiler, Labrador Retrievers and Golden Retrievers. However, some of the less obedient dogs are skilled at problem-solving such as escaping from yards and capturing small animals.

Cats are capable of solving problems too. Many cats learn to open doors and windows and retrieve an item from a hard to reach place. Some cats can be trained to play fetch and some can even be toilet trained!

Pets Welcome! Don’t leave your faithful friend behind – with FHG, even your pets are welcome! Our Pets Welcome! Guide to holiday accommodation in the UK and France where your pets will be welcome is our largest selling title, and is in its 53rd edition. As a nation of dog-lovers, it’s not surprising that dogs […]

Maddie’s Fund, the Pet Rescue Foundation, is a family foundation established in 1999 to help fund the creation of a no-kill nation. Since its inception, Maddie’s Fund has awarded animal welfare organizations and universities $71.6 million to save dog and cat lives. I think this is a great organization and wanted to share some content […]