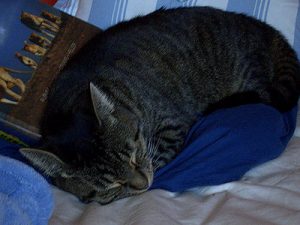 From the Rainbow Bridge I died today. You got tired of me and took me to the shelter. They were overcrowded and I drew an unlucky number. I am in a black plastic bag in a landfill. Some other puppy will get the barely used leash you left My collar was too dirty and too […]