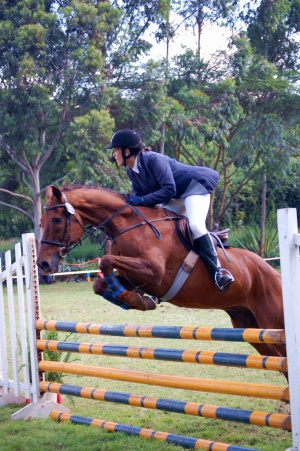 Equestrian sports in the modern Olympics was originally limited to commissioned officers who competed in chariot and riding races. Today, the Olympic Equestrian sports are dressage, three-day eventing and show jumping. Women and men compete in the same events. Sailing is the only other Olympic event where women compete with men.

The Olympic Equestrian Sports are governed by the Federation Equestre Internationale (FEI).The FEI works to ensure that doping and inappropriate use of medication are not used on the horses. Besides being detrimental to the horses, drug use also violates the rules of fair play.

Dressage competitions showcase the training of a horse to carry a rider with ease and grace. The horses ride in different paces at different speeds. Show jumping tests the ability of the horse and rider to jump over obstacles in a ring. Three day eventing consists of three disciplines: cross country jumping, dressage and stadium jumping.

Controversy surrounding horse training has caused some to call for a boycott of equestrian sports at the 2012 Olympics. A video of a dressage horse ridden using a technique called rollkur – the practice of drawing the horse’s neck round in a deep curve so its nose almost touches its chest – was posted on YouTube. In the video, the horse’s tongue appeared to turn blue. Some say this practice doesn’t cause the horse’s tongue to turn blue and the trainer in the video said the blue tongue was caused by the horse catching his tongue between bits and that he fixed it as soon as he noticed. The FEI says it is taking the complaints seriously since it is extremely concerned with the welfare of competing horses. Claire Booth, a spokeswoman for British Dressage, says context is important. Some training practices are fine for short periods but cruel if done for a long time.

The HSUS reminds us that the European Union, the United States, Mexico and Croatia banned trade in seal products in 2011. The Russian Federation, Kazakhstan and Belarus have joined in and stopped trade in harp seal fur. Seal skin prices have dropped dramatically in Canada. The number of participating hunters dropped from the thousands to […]