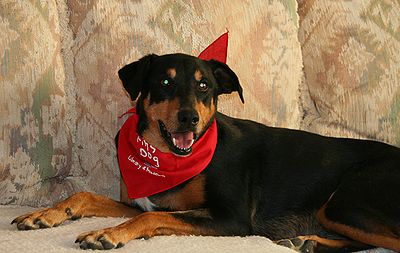 I met Millie on February 6, 2002. It wasn’t a planned meeting. On the contrary, I had no intention on even leaving my house on that blistering, snowy day. And I am one who plans things. I plan my activities for each day with hardly ever anything done on the spur of the moment. But meeting Millie was done on the spur of the moment, and the result turned out to be one of my greatest blessings.

I had been searching all the local Animal Shelters for My Special Dog during that previous week. But on Feb. 6th, home from work, I was just skimming through a newspaper to see what I could find. I just wanted to get ideas and make appointments for a future day when the Texas weather returned to typical!

Seeing an ad for a local shelter that I hadn’t yet visited, and never had heard of, I dialed the number and left a message. Within five minutes I got a return call from a woman named Delores, AKA ‘Pet Lady’. Somehow she persuaded me to venture out to meet her at a local gas station and from there she would lead me to the shelter she oversaw. At the shelter I didn’t find the dog I was looking for. I was in search of a giant breed male puppy or young dog. Delores then persuaded me to follow her further up the road to meet ‘Tiny’, a 60 pound, two year old female Doberman/Greyhound mix. Little did I know that a treasure awaited me! Although Tiny did not fit the profile of the dog I was in search of, she certainly fit into my heart. On February 8, 2002, she became mine, and I became hers. 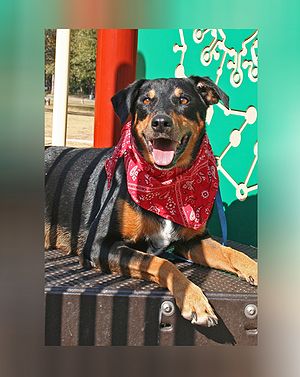 The day I brought her home with me, I changed her name from ‘Tiny’ to ‘Millie’. The name ‘Tiny’ just didn’t fit this beautiful 60 pound girl. In choosing a suitable name, I thought, in order not to confuse her, I needed to keep a name with the y sound on the end. According to Delores, the lady that rescued her, and Judy, Millie’s foster Mom when I luckily found her, in their best estimation Tiny was born in early January, 2000. I thought of the new millennium, and wanting to preserve the y sound in the second syllable, I came up with the name ‘Millie’. And I was soon to discover how I had underestimated this darling girl. She was extremely bright and had I simply named her ‘Millennium’, she would have easily understood and adapted just fine!

Of all the dogs I’ve ever owned and loved, I must say Millie was the sweetest, and probably the cleverest. She never in our nearly ten years together, ceased to amaze or surprise me. Her sweetness, her unpredictable antics, her joyous spirit, and her funny ways led all that knew her to love her. She was irresistible and not only could I not have loved her more, but she made me so very proud. She simply glowed with joy and gratitude! And my heart was consumed by her.

In early August of 2008, as I was stroking her neck as she lay beside me next to the sofa, I discovered two bumps on the right side of her neck. I was familiar with lipomas, or fatty benign tumors and these bumps didn’t have that feel. They were too hard. But I was sure hoping I was mistaken and that my motherly worrying was just getting the best of me. I had bathed Millie just the day before and these bumps weren’t there then! It was the wee morning hours when I made the discovery. Later that morning I called Linda, my dog loving next door neighbor and friend, to get her assessment of these scarey bumps. 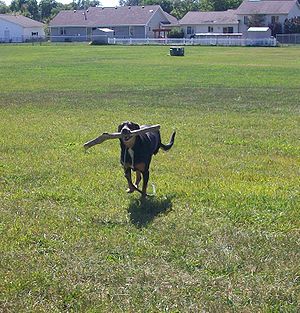 Linda agreed with me that these bumps did not feel like fatty tumors. I immediately called our vet and took Millie in that afternoon. I got the dreaded news, the despicable C word that everybody fears and never wants to hear. Millie had lymphoma. The prognosis was two to three months if it went untreated and at the outside, one year to eighteen months if treated. I was told that eighteen months survival time was the best I could hope for. In my ignorance at the time about chemotherapy and the effect it had on dogs, I came home and frantically searched the internet, soaking up every bit of information I could on canine lymphoma, chemotherapy, diet and supplements. When I discovered that chemotherapy did not have the devastating side effects on dogs as it did on humans, there was no question in my mind. We were going to fight this lymphoma beast with everything we had. Millie began the Wisconsin Protocol for her lymphoma the following week. The lymphoma went into remission and never returned! I was thrilled and knew we were incredibly blessed. 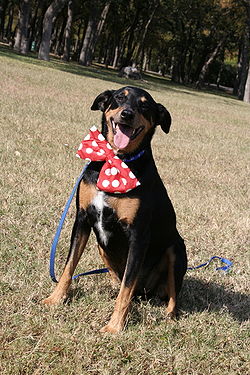 During the third week of February, 2011, Millie inexplicably began to limp. At first I thought she had simply overdone it with her frantic greyhound running. I limited her play and running time and when I saw no improvement by the third day, I took her to our vet. After inconclusive x-rays, a bone biopsy and histopathology, bone cancer was finally diagnosed on March 22nd. I was a bit frustrated at the length of time it took to arrive at a diagnosis. Our wonderful vet said all along he thought that it was bone cancer, but the oncologist and pathologist that also viewed her x-rays did not detect it. On March 25th we had Millie’s affected left rear leg amputated and two weeks later began her five rounds of chemotherapy carboplatin treatments. We were extremely fortunate that our vet could perform the amputation and all subsequent chemotherapy and other treatments for Millie. At my sister Sue’s urging, I immediately joined the online bonecancerdogs group. From there I gleaned endless support and love for Millie and me, invaluable information, and friendships with wonderful people I’ve never met but feel I personally know. Millie flourished, and with the exception of scaling 5 foot fences, continued to do everything on 3 legs that she did with 4. She was a most happy girl and we continued to share a wonderful life together. In mid-July, I took her to a little house in Wisconsin that I had just purchased in January, two months before her bone cancer diagnosis. I was happy to get her out of the Texas heat and, what turned out to be the hottest Texas summer on record. In early October, just weeks before we were scheduled to return to Texas, Millie began having problems walking and getting up. Upon our return to Texas, she was diagnosed with Hypertrophic Osteopathy, a result of lung metastasis and characterized by new bone formation in the limbs. In an effort to shrink her lung tumors and thus halt the extra bone formation, we immediately started her on the Metronomic Protocol, which consisted of Cyclophosphamide, Doxycycline and Piroxicam. We also added Palladia to her regimin. We would continue to fight with hope and love. Sadly though, the lung mets were not responding to this protocol and all of my efforts. If love could have cured Millie, there is no doubt the cancer would have vanished. I made an appointment to send my love girl to Heaven on November 18th. The day before, she was in obvious pain that I was unable to control and she was unable to get up on her own. My heart was broken but I was certain it was time. I would not allow her to continue to endure the pain she was experiencing. I would endure the horrific pain of losing her, but she would not continue to be in pain!

On the morning of the 18th I arose after a very brief sleep. I wanted to spend every possible second with her before the dreaded 1:00 P.M. appointment when our vet was to arrive at our house to help her on her way. To my utter joy and amazement, Millie was a different dog that morning. She had moved on her own and was sitting by the front door with a big smile adorning that face I loved so dearly! I knelt in front of her, looked into her now clear and bright eyes, and asked her, “Millie, what do you want me to do”? She clearly spoke to me with her beautiful gleaming eyes that said “I’m not ready yet. Today is not the day, Mom. Today is not the day”! It was truly one of the happiest moments in my life! Millie and I had 43 more days together, in which we shared tremendous love, several miracles, and many lessons learned. I soaked up every inseparable moment with her and each is etched in my mind for eternity. We lived each day like there was no tomorrow because we really did not know which day would be our last together. She was my remarkable and courageous hero who left an indelible print in my heart and the hearts of all who knew her. With my help, and my face against hers, she peacefully left for Heaven on New Year’s Eve morning, just one day shy of her 12th Birthday. That most precious and lovely girl forever changed my life. I have countless wonderful memories, hundreds of pictures, and many stories of my girl Millie. And she has sent me several signs that she is watching over me and that our bond endures even through our separation. Millie was and always will be, my gift. Still though, I miss her terribly and I yearn for her physical presence each and every day.
“I forever love you my darling, adorable girl.
How I miss your happy smiley face and your soft sweet kisses.
I miss EVERYTHING about you!
You will always be a magnificent hero.
Thank you for coming Millie.
It was an honor to share my life with you for nearly 10 years.
I will see you again my Angel”.

To quote Ana from the bonecancerdogs group: ‘“When she died it was not because the cancer won….it was because the balance between her spirit and her body tipped in favor of her spirit, and I was the chosen one to set her free.”‘