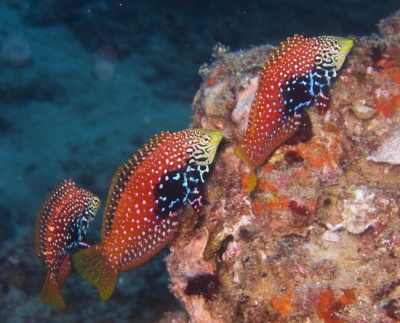 Males are 5.9 in., females usually no more than 4 in. This fish should not be kept with overly aggressive fish and should be added before Tangs, Surgeonfish or Damselfish. Minimum tank size is 40 gal. Found in the Eastern Indian Ocean to the Western Pacific Ocean.

The Tomato Anemonefish is also known as the tomato clownfish due to its bright orange-red color. It is native to the tropical Western Pacific. The females are about 5 1/2 in., while the males are smaller. Clownfish and Damsels may be aggressive. It is recommended to keep this fish alone or in mated couples since […]