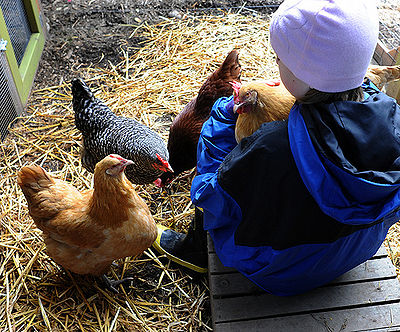 February 25 has been designated as the day to celebrate the hen that laid the largest egg.

As of August 5, 2008, the world’s record for the largest egg laid by a hen took place in Cuba.

The one year old Cuban hen named Titi belonged to the Martinez-Guerra family of Campo Florido, Cuba which is not far from Havana.

The former record holder was a hen in the Canary Islands. That egg was 170 grams while Titi’s egg, weighed on an electric scale, came in 10 grams heavier – 180 grams.

We wonder what the family finally did with the egg – perhaps made a giant omelet.

Love Your Pet Day, celebrated on February 20, is similar to Valentine’s Day. Although we love our pets every day of the year and don’t really need a specific day for it, it’s a nice opportunity to focus on our relationship with our four-legged friends. Pets are always appreciative of affection and never make people […]

Unless you plan on breeding your pet pig, s/he should be spayed or neutered. Males are neutered and females are spayed. Male pigs are usually smelly and very aggressive if not neutered. Neutering helps avoid infections and cancer of the reproductive organs. Male pot-bellied pigs can become sexually active at 4 weeks old and can […]