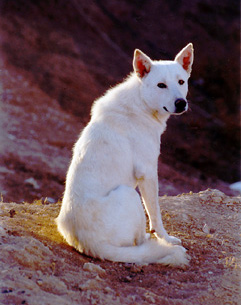 According to the Israel Ministry of Foreign Affairs, “some 47,000 living species have been identified in Israel, with another 4,000 assumed to exist. There are 116 species of mammals native to Israel, 511 kinds of birds, 97 types of reptiles and seven types of amphibians.”

There are 190 nature reserves and 66 national parks in this small country. Additionally, Eilat’s coral reef (in the Red Sea) is regarded as a national treasure, and its corals, sponges and shellfish have been protected since 1956.

There are two breeding centers in Israel whose purpose is to reintroduce species into the wild. So far, Israel onagers, Arabian oryxes, ostriches and fallow deer have been reintroduced in Israel. The Israel Nature and Parks Authority run these centers and also work to protect endangered species such as vultures and the spotted leopard.

The Arabian Oryx is a medium-sized antelope which once lived all over the Arabian Peninsula. It became extinct in the wild in 1972, due to overhunting by Bedouins for meat and by sport hunters. The Arabian Oryx was reintroduced into the wild in Bahrain, Israel, Oman and Saudi Arabia, but is still endangered and is one of the world’s rarest species.

Judaism takes animal welfare very seriously, and Israel, as a Jewish state, is committed to caring for and protecting its animals.

Israel has banned dissections of animals in elementary and secondary schools (optional participation in dissection at university level is allowed), performances by trained animals in circuses, and the production of foie gras. Foie gras is a food product made of the liver of a duck or goose that has been specially fattened. Israel was a major producer of this food until it abandoned it for ethical reasons. Tail docking is also illegal in Israel. In Oct. 2010, a bill was passed stating that all animals in Israel are protected by law; hunting is prohibited unless the animals are considered sources of damage and have been officially declared permissible for hunting.

In the Second Lebanon War, it became apparent that the lack of provisions for evacuating animals during a disaster was a serious problem. Since rockets were being fired on Israeli homes in the north of Israel, large numbers of families had to be evacuated for the duration of the war. Some families refused to leave because no solution was offered for their pets. Others chose to set their pets free and be evacuated. This led to large numbers of strays wandering the streets without food or water.

“Noah” a film starring Russell Crowe, is an epic about the biblical tale of the Flood. It is also a story of belief, courage, sacrifice and hope. The director of the film, Darren Aronofsky, is a recipient of the HSUS Humane Filmmaker Award because instead of using live exotic animals that could be stressed or […]