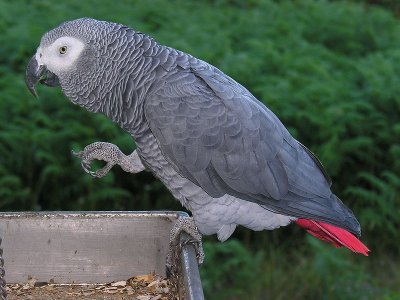 There are two categories of parrots. Old World species such as the cockatiel and the senegal are native to Asia, Africa and Australia. New World parrots including macaws, amazons and conures originated in Central and South America and Mexico.

New World and Old World parrot species, in their native habitats, live in different environments. New World parrots live in temperate areas such as the damp rainforests while some Old World species inhabit arid, dry conditions. These make for variations in physical and biological needs.

Some Old World species including the African Grey, the Cockatoo and the Cockatiel have down (new growth) feathers that produce a powdery substance like dust that permeates the home.

Veterinarians are finding that this powdery dust can cause serious illness in Old World birds. A bird can begin to wheeze, then cough and as the illness progresses, have difficulty breathing. Macaws appear to be particularly sensitive to the dust.

If you have birds both Old and New World, there are things you can do to protect them.

If you can keep them in separate rooms, that may help.

Bathe the birds who produce the dust more often.

Clean the cage often. Paper liners are easy to replace and much less expensive than other litters.

Use a good quality ventilation system.

Climate and situation permitting, keep your birds in an outdoor aviary.

These suggestions will help keep the humans as well as the birds healthier. 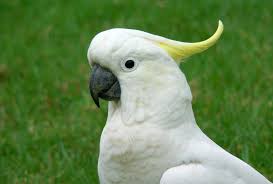 Tips for Your Parrot’s Diet

Some parrots can be finicky eaters. They don’t always choose things that are good for them. But it’s important to ensure they are getting the proper nutrition. Researchers have discovered that the major cause of mortality among pet birds is malnutrition. Feeding your bird a seed only diet is dangerous to his/her health. Seeds alone […]

Cooked or Raw Veggies for Birds

Vegetables are a very important part of your bird’s diet. They should be the major part along with sprouts and legumes and a high quality bird food. Raw veggies offer the highest amount of nutrients. According to the experts, veggies are best served raw. The most desirable veggies are those that are grown free of […]

WalMart, PetSmart and other pet shops carry many toys for birds and other pets that are made in China. Unfortunately, many of them have proven toxic to birds. Recently, a woman purchased a Chinese import bird toy for her pet. After chewing on it, the bird became ill and died. The woman then sent the […]