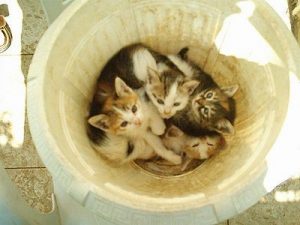 Rhonda, a friend on bonecancerdogs adopted Lance, a German Shepherd, after he became a tripawd. Lance was abandoned in California at a kill shelter on December 9, 2010. The family claimed he was too old (11 years old) and gave the shelter permission to euthanize him if a home was not found within 4 days. […]

The FDA lists the following pet foods being recalled due to potential elevated Vitamin D levels. FOR IMMEDIATE RELEASE – July 3, 2012 – PMI Nutrition International has initiated a voluntary recall of four varieties of the LabDiet® and Mazuri® feed products listed below, due to the potential for an elevated vitamin D level in […]