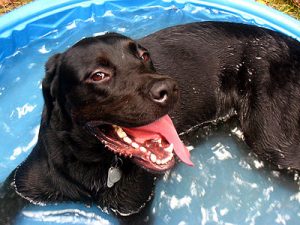 Zinc is an important mineral for both humans and animals to maintain good health. But zinc is necessary only in very small amounts. Ingestion of excessive amounts of zinc can lead to poisoning. Zinc becomes toxic when released by stomach acids. It is then absorbed and travels to other parts of the body such as […]

Damselfish Fish Fish 6 inches and under

The Blue-green Chromis is a hardy inexpensive fish appropriate for a beginner. It is best kept in groups of 3 or more. It’s found throughout the tropical Indo-Pacific. Males are 3.1 in., the females smaller. These fish should be kept separate from predatory fish. The minimum tank size 13 gal. Although they are small, they […]

St. Francis of Assisi was a Catholic preacher who lived from 1181 or 1182 until 1126. He formed the order called the Franciscans. He is considered the patron saint of animals and the environment, and the Catholic and Anglican churches hold ceremonies blessing the animals on his feast day, October 4. This date was chosen […]