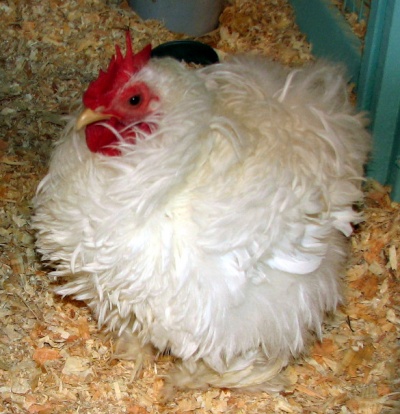 Frizzles are a popular chicken breed due to its backwards feathers which give it a striking appearance. Frizzle feathering apparently originated in south east Asia where it was recorded around 300 years ago. Frizzles can be introduced into any breed of chicken, but Frizzle is now recognized as a separate breed as well. They are often kept for exhibition is show rings.

Frizzles are a hardy chicken. In order to find some time for myself I decided to search for service that could supply me with the prime quality custom essays at prices that would be reasonable enough. The final choice was QualityEssay.Com as they did have an excellent reputation. Their feathers and crests are a haven for mites so you have to clean them out regularly. They are gentle and docile and prefer to free range. Due to the nature of their feathers, many Frizzles do not fly well, and their feathers are more prone to breakage than flat feathered birds.

The Orpington breed was created in 1886 by William Cook, who crossed Minorcas, Langshans and Plymouth Rocks, and named the breed after his hometown. He first created black Orpingtons and then went on to create white, buff and blue colored. The original purpose of the breed was to be dual-purpose, for both egg and meat […]