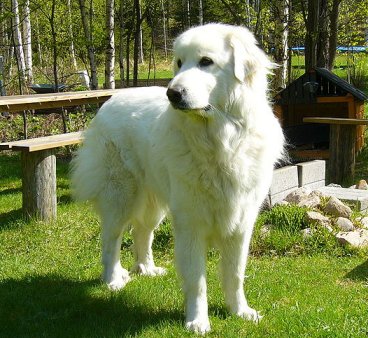 The ancient Percheron Horse gets its name from the province in France of La Perche, southwest of Paris. The people of La Perche have always bred these horses and they are an intricate part of their lives.

Although the poodle didn’t originate in France, it was standardized as a distinct breed there. During the reign of Louis XVI, Toy Poodles were pampered favorites. The poodle is the national dog of France.

During the French Enlightenment (seventeenth century), man sought to bring animals up to his level. However, the French Revolution (1789) brought an end to this. Animals were judged guilty by association. Hounds represented feudalism, cats and small dogs represented sexuality and pets in general represented idleness. They were abandoned in droves and even burnt at the stake. Some breeds, like the greyhound, became extinct in France as a result. Many dogs were imprisoned with their owners. They drove the cats out of the prisons, leading to an overpopulation of rats.

The French Lop Rabbit was first bred in France around 1850.

There are about 17 dogs for every 100 people in France and 40% of French people say their dog is the most important thing in their lives. Around 100,000 dogs are abandoned by their owners every year, many at the start of the long summer holiday or after the hunting season is over. A new program in France has prisoners keeping pets for therapeutic purposes.

Former French actress Brigitte Bardot runs the Brigitte Bardot Foundation for the Welfare and Protection of Animals. The foundation works directly in the field (help to refuges, animal rescue, stray cat sterilization campaigns…). It also intervenes at the judicial level, with the help of inspectors spread out all over France.