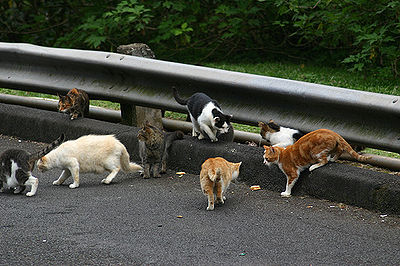 Domestication of animals is a process that began in prehistoric times. Domesticated animals have been cared for by humans for so long that their habits have been modified to fit life in captivity. But what happens to animals who are abandoned or lost and end up in the wild? Can domestic animals survive without the help of humans?

Cats who end up in the wild are called feral cats. They often band together in colonies in places where food is abundant. Some of the problems faced by feral cats are extremes of weather, variable food supplies, cars and hostile humans. Feral cats are blamed for the reduction in the bird population and the spread of rabies. One solution to the feral cat problem is Trap, Neuter, Release programs to reduce the number of cats roaming the streets.

Dogs have been domesticated since early hunters taught them to assist in hunting. Some species of wild dogs continue to exist until today. Australia is home to a wild dog called the dingo. Tropical America is home to several species of wild dogs. The African Wild Dog is one of the most endangered carnivores in the world. Abandoned domestic dogs are not able to survive in the wild. Their hunting instincts have been dulled and they are also highly likely to be run over by a passing car. Due to overpopulation of animal shelters, an extremely high number of dogs and cats brought to shelters end up euthanized.

Because rabbits can be both domesticated and wild, many rabbit owners assume that their pet rabbit can survive in the wild. However, domestic rabbits have a great fear of leaving their home base and will use extreme caution when straying from it. An abandoned rabbit is easy prey for other animals such as cats, dogs and foxes. It is also in danger from cars, which it doesn’t recognize as a threat. 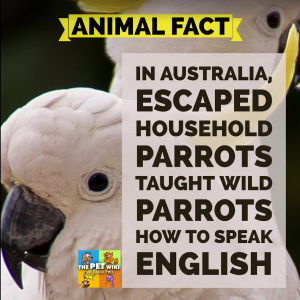 There are some reported instances in Australia of escaped pet parrots joining wild flocks. Some of them even teach their new wild mates some English phrases they learned from their owners. With that said, most pet birds are unable to survive in the wild. They have no idea how to find food or avoid predators. A domesticated bird can survive very well in a bird sanctuary or large indoor/outdoor aviary. In fact, they are likely to have a much better quality of life in such a place than caged in someone’s home. There are, however, some communities of wild parrots on the West Coast of the United States. 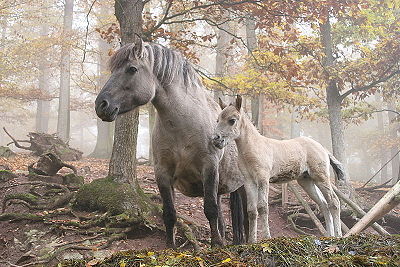 While most farm animals are unable to survive in the wild, feral pigs and sheep do roam around rural areas. Some cows can also survive on their own.

Horses can be divided into wild horses and domesticated horses. Wild horses once roamed Asia and Europe in large numbers. One sub-species, the Tarpan, is now extinct, leaving only the Przewalski’s Horse, which was re-introduced into the wild but is still an endangered species. Feral horses, although often called wild horses, are actually free-roaming horses of domesticated ancestry. These horses live in groups, or bands. They are commonly found in Western USA (Mustang), Australia (Brumbies) and Portugal (Sorraia).

Tropical fish can’t survive outside of an aquarium but some fish, like the koi and the common goldfish, can live in any freshwater environment even if they were born in a fish tank.

Did you know that shelters report that black cats and dogs are most often overlooked because of their color? They are the last pets people choose to adopt because they are black. I couldn’t believe it, but sadly it’s true. There are cultures, including our own, that believe black cats (and dogs too) are unlucky […]