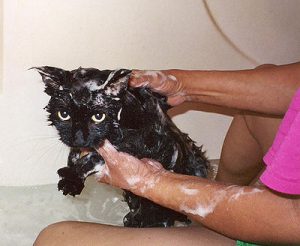 Vital Statistics: Place of Origin: Netherlands Group: Companion Height: 17-19 in. Weight: 30-40 lbs. Life span: 12-15 yrs. Trainability: high Good with children: yes Good with other pets: yes What is the origin of the Keeshond? This Spitz-type dog probably has its roots in the arctic region. The Keeshond has been known in Holland since […]