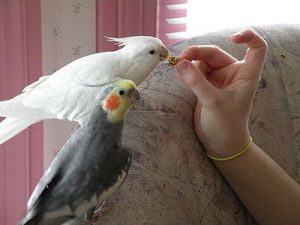 The original habitat of the Chinese Dwarf Hamster is Mongolia and Northern China. These tiny creatures, similar to the Russian Dwarf Hamster, are 10-12 cm. and have a 3 cm. long tail. Their color is greyish brown with a black stripe along the spine and a white spot on the head. Females are larger and […]