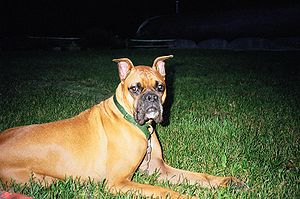 Rock died on a Friday – the day after Thanksgiving. My husband, who works nights, was off until Monday night. I knew it was going to be a rough night with him at work and Rock gone. Rock had always slept with me, and I always felt safe and secure even though my husband was gone all night. This would be my first night alone.

As I had done the previous few nights since Rock died, I cried myself to sleep. However, I was awoken in the middle of the night on this particular night, with the most intense feeling of pure love passing through my body. I have never experienced anything like this. I immediately knew it was Rock sending it to/through me. The “love”, or energy was coming down from above me and to the right of me. I could sense Rock’s presence there.

Later, I read somewhere that when a loved one passes, their spirit moves to the next plane after three days. What I experienced was three days after Rock died. I feel that it was Rock sending me love on his way to the other side.

I have read that even once loved ones pass over to the other side, they can still come back to visit us. The week after Rock died, I had just gotten out of the shower and I heard what distinctly sounded like Rock’s toenails on the landing at the top of the stairs, just outside the bathroom door. It was so distinct a sound that I called out “Rock, is that you?” My husband was at work and it was just me and our two cats at home. (Rock was a 65 pound Boxer, so the sound of his nails isn’t something that could be confused with the sound of one of my cat’s claws.) I knew if I opened the door that Rock wouldn’t be there. So I didn’t open the door so I could pretend that he was there. Now I’m thinking that he WAS there. 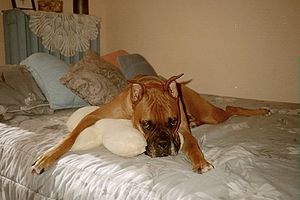 Another story involves my husband. Because he works nights, he sleeps during the day. He shared with me an experience he had several weeks after Rock died. He said that he was asleep, and he felt Rock’s presence very strongly on the bed. It was so strong that he heard Rock breathing and could smell him. He told me that he was so certain that Rock was on the bed that he expected to see him when he opened his eyes. He experienced something similar on another occasion.

I had contacted an Animal Communicator who told me many things that make me feel certain that Rock is still with us. The communicator told me that one of my cat’s has seen Rock laying in front of the patio door and also on the bed. She told me many other things that could have only come from him.

I still miss his physical presence terribly, but feel comforted knowing that he is still with me, not only in my heart, but also in another form. He’s pure energy now. I’m looking forward to getting more signs from by beautiful boy. I love you Rock! 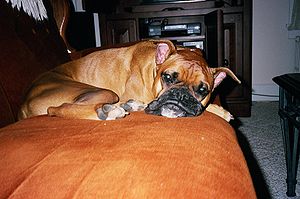 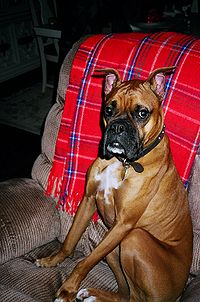 Today when hubby came home he said he wanted to tell me something. He was at a fast food restaurant for lunch. He said that while he was inside ordering he heard a dog bark. He thought his mind was playing tricks on him since he was inside and dogs are not allowed. At first […]

“My Golden Retriever, Molly, lost her battle against osteosarcoma in March ’09. The following October her litter sister Tilly and I moved to a new house. It may sound strange but I was really worried Molly wouldn’t know where we’d gone. It bothered me a lot. One day I had been decorating at the new […]