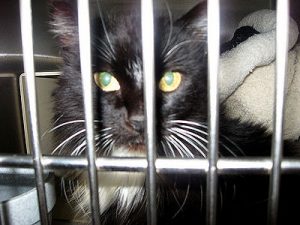 Small, circular skin tumors known commonly as warts are caused by the papilloma virus. The virus has a 1-2 month incubation period and can be transmitted to other dogs through direct contact with a lesion. It CANNOT be transmitted to humans or other animals. It is very rare that the warts become cancerous. These wart-like […]