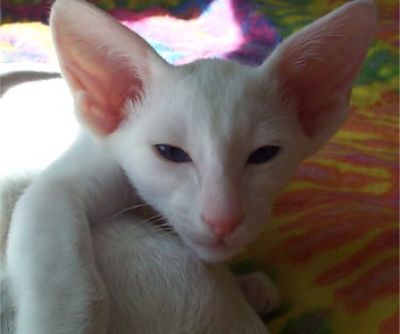 The Chinese New Year which began this February, 2011 is the Year of the Golden Rabbit. It is a year celebrating home and family, artistic pursuits, diplomacy and keeping the peace.

At the same time the Vietnamese celebrate the Lunar New Year welcoming the Year of the Cat, symbolizing friendship, sensitivity and gentleness.

Both New Years are marked with festivities for 12 days.

Depending on whether you participate in the Chinese New Year or the Vietnamese New Year, stories vary on how the symbol of the rabbit evolved into the cat for Vietnam.

One tale is that the Chinese word for rabbit, “mao” sounds like “meo” which is Vietnamese for cat.

A Chinese story tells that Buddha promised the first 12 animals to reach shore in a race taking place in a river, that they would appear in the calendar.

The cat and rat were friends then and hitched a ride on an ox’s back as they couldn’t swim. The rat then pushed the cat off during the ride and they became enemies.

The Vietnamese version tells that the Jade Emperor, a Taoist god, conducted the race, but the cat could swim and made it to shore.

It is believed that the balance of yin and yang are better unified by having the cat. The Yin symbolizes the feminine or negative energy while the Yang symbolizes masculine or positive energy. They cause everything to happen and balance each other in order to exist.

In the 12 signs of the Zodiac, there are two more differences: the Chinese ox is the Vietnamese buffalo and the sheep in China becomes the goat in Vietnam.

To quote Dr. Hoang Ngoc Bao, a Vietnamese veterinarian and cat enthusiast, “The image of the cat is cultured and the nature of a cat is gentle, sociable and close to people. I want that gentleness, that sociability that is special to cats to make our society better so that we can live for the community and more humanely.”

International Polar Bear Day is celebrated on February 27. The day is dedicated to learning more about polar bears and the dangers they face. The polar bear is related to the brown bear and probably evolved from brown bears which became isolated from the rest of their species. Brown bears and polar bears can mate […]

National Feral Cat Day takes place on October 16. Its purpose is to educate people on the best ways to care for stray and feral cats. Alley Cat Allies founded this day ten years ago. “Feral cats are domestic cats, but are not socialized to people and are therefore unadoptable,” said Becky Robinson, president of […]

Halloween is near, a time for children and adults too, to dress up in costumes (and sometimes their pets) and go out Trick or Treating. Sadly, veterinarians tell us that this time of year they see many more injured and mutilated animals. There are people out there who have no regard for living creatures. So […]