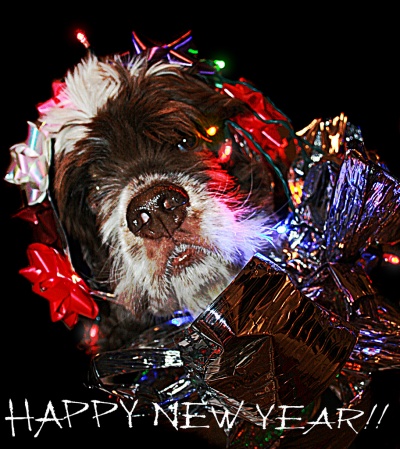 As 2010 draws to a close, let’s take a look at the some of the top stories of this past year in animal welfare legislation, recalls, research, animal heroes and natural disasters.

A bill to ban crush videos has been approved by both the Senate and the House of Representatives and will hopefully become law soon. H.R. 5566 amends the Crush Act to prohibit distribution, selling or offering to distribute or sell any depiction of animals being crushed, drowned, suffocated, impaled or burned where such actions are illegal.

This year Catalonia, Spain finally decided to ban bull fighting, although the law will not go into effect until 2012. This is a historic accomplishment, because of the long tradition of bull fighting in that region.

Unfortunately, Governor Arnold Schwarzennegger vetoed a California bill to prevent landlords from requiring tenants to declaw their cats. On the positive side, California did pass a law prohibiting the dangerous and inhumane chaining or tethering of dogs.

The state of Delaware passed a progressive animal welfare bill called the Delaware Companion Animal Protection Act, which regulates conditions under which an animal shelter may euthanize an animal.

For more on legislation passed for animal welfare this past year, see Victories for Animals in 2010.

Research indicates that microchip IDs may pose health dangers to some pets, including cancer. A website to collect data on this issue has been launched this year.

Scientists have discovered the physics of how cats drink without getting themselves wet. The cats lap at the water at just the right speed to fight gravity and snap their jaws shut just in time to prevent the liquid from falling out.

A new study shows that dogs may be smarter than cats. Dogs and other sociable animals have larger brains compared to their body size than other mammals. Until recently, scientists believed that the brains of all mammals had grown equally over the centuries.

The American Pet Products Manufacturers Association 2009-2010 National Pet Owners Survey revealed that there are about 77.5 million owned dogs in the United States and approximately 93.6 million owned cats. Dog owners spent $225 on veterinary visits (vaccine, well visits) annually, while cat owners spent an average of $203. Spaying and neutering has become extremely popular, with 75% of owned dogs and 87% of owned cats undergoing the procedure.

A new study demonstrates that horses have excellent memories and can remember people even after a long separation. They will remain loyal to humans with whom they have had positive interactions. Horses were trained with positive reinforcement and then separated from their trainers for eight months. At the end of this period, the horses gravitated toward their trainers.

A handicapped dog named Lucy climbed Mount Washington in August, using a special wheelchair. Lucy was paralyzed in a car accident four years earlier. She became the first paralyzed dog to scale the mountain after a six hour climb to the top. Several weeks of training preceded the climb. More information on this dog’s climb can be found on Fox News.

A dog in England was separated from his owners while walking in a park 15 miles away from home. The owners had given up on ever seeing their whippet-terrier cross Jack again, when he turned up on the doorstep. He had trekked for 31 hours across five highways and treacherous moorland to return home to his family. You can read more about this story in The Telegraph.

A 20 year old competition horse was shot in the stomach with a crossbow bolt while grazing in a field. Four other horses licked her wounds, keeping them clean and stemming the flow of blood, until the horse’s owner came to check on the horses the next morning. Apparently the horses’ healing instincts led them to care for their injured friend. This story was reported by The Sun.

Today reported that an Alaskan German Shepherd named Buddy saved his home from burning down. A fire started in the workshop behind the house and Buddy’s owner, Ben, who suffered burns to the face, told him they needed to get help. The dog ran to the road. A neighbor had called the state police but the trooper was lost on the rural roads. Buddy led the trooper toward the house, continually looking over his shoulder to make sure the car was following. When the trooper arrived, he was able to guide firefighters to the residence. The workshop burned to the ground but the house was saved.

A British army dog named Tangye was so important to the troops he fought with, that they campaigned to bring him home and away from danger. The Labrador Retriever fought with the soldiers of C Company, 3rd Battalion The Rifles in Afghanistan. He survived several gun battles and his enthusiasm was a great morale booster for the troops. In January 2010, a campaign was started to bring him home. Better explosives in the hands of the Taliban made his chances of being exploded more likely. Funds were raised to transport the dog back to England, where he would live in a kennel until adopted by a family. In March, the necessary funds were raised and Tangye left the war zone. This story was reported by People Pets and The Daily Mail.

January’s earthquake in Haiti was disastrous for both humans and animals. The American Veterinary Medical Association took responsibility for caring for the animals in Haiti once the humanitarian needs had been sufficiently met. A dog named Dakota, of the Florida Task Force 2, was deployed with his handler Julie Padelford-Jansen to Haiti. He went into holes in the rubble to search out live victims and was instrumental in rescuing two people.

A volcano in Iceland in April was devastating to farm animals in the country. Many ran away and others were affected through inhalation or ingestion of volcanic ash. A forest fire in Northern Israel in December destroyed acres of land and drove off the wildlife in the area. Rehabilitation of animal and plant life in the area is expected to take years.

If you live in Vero Beach, FL I thought you might be interested in these two free seminars going on this month thanks to the Humane Society of Vero Beach. I found them on TCPalm.com. • Feb. 10, 12 to 1 p.m., “Caring for your Senior Pet”: Sebastian veterinarian Jeffrey Slade will discuss arthritis, skin […]