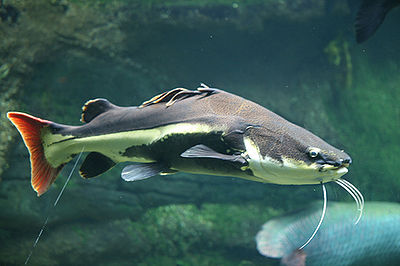 Catfish are a popular aquarium fish and are easy to care for. There are many different types of catfish. They are recognized by the barbels that look like whiskers on each side of the mouth, which is how they got the name “catfish.” They vary in size from less then an inch long to over 5 feet.

Certain breeds of catfish can grow very large so they should be placed in a large tank. They can be placed with other fish. Aquarium chemicals must be used to keep the water neutral and not too acidic. The temperature of the water should be around 70 degrees Fahrenheit. Catfish eat worms or flake food. They don’t like too much light so the bulb in the tank should be low.

Some catfish are carnivores and some are herbivores. Catfish eat much of the wasted food that drifts to the bottom of the aquarium but they still need supplemental feeding, and should not be just considered clean up crew.