Where does the American Shorthair come from?

The ancestors of the American Shorthairs settled the New World along with the British. They had been brought to England during the Roman invasion. The British brought them along to protect their stores of food from mice. Records have them coming to the New World on the Mayflower along with settlers. A selective breeding program was established early in the 20th century giving us the American Shorthair.

The American Shorthair is a large cat. Males can weigh between 11-15 lbs. while females usually tap the scales at 6-12 lbs. It has a strong and athletic build. It is larger and leaner than the British Shorthair. They are full grown at 3-4 years of age. A wide variety of colors and patterns are acceptable, with the most common being silver tabby. Pedigreed cats have kittens with the same conformation, coat and temperament which does not occur with random bred cats.

What do I need to be careful of with an American Shorthair?

American Shorthairs tend to overeat, so owners should be careful not to over indulge their puss. Aside from that, American shorthairs are gentle, long-lived and get along well with children and all manner of pets.

Where can I adopt an American Shorthair?

The Pure Breed Cat Rescue has American Shorthairs looking for a new home, all over the US.

Generally a hardy cat although a genetic heart disease, hypertrophic cardiomyopathy may be present. Do not allow this cat to become obese.

Vital Statistics: Place of Origin: England Coat Type: short, curly Color: all colors & patterns of cat Temperament: intelligent, very affectionate, playful, curious, good with children & other pets Where does the Devonshire Rex come from? Sometime in the 1960s, 10 years after the Cornish Rex was discovered, a different curly-haired kitten was found in […] 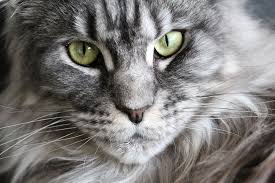