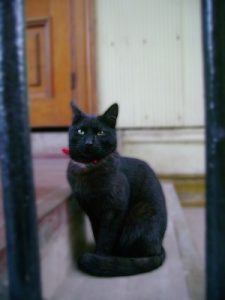 ASPCA Cat and Dog of the Year

The 2013 ASPCA Humane Awards luncheon was held in New York City November 21st. The awards are given to animals and people who have made a positive and lasting impact during the year. The ASPCA Cat of the Year is Koshka, a stray. Koshka and Staff Sgt. Jesse Knott found each other in Afghanistan where […]

Do You Know Your Dog’s Scent

While our dogs and cats too have powerful “scentsabilities” and can locate us in crowds of people, how well can we recognize our furpals by their smell? Research conducted at Queens University in Ireland with 26 dog owner participating showed surprising results. In one of the tests, using blankets given to them, the owners were […]