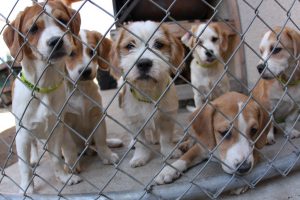 As 2010 draws to a close, let’s take a look at the some of the top stories of this past year in animal welfare legislation, recalls, research, animal heroes and natural disasters. Contents 1 Legislation 2 Recalls 3 Research 4 Animal Heroes 5 Natural disasters Legislation A bill to ban crush videos has been approved […]

Nestle Purina Pet Car Co. is voluntarily recalling a number of 3.5 lbs. and 7 lb. bags of Purina One Vibrant Maturity 7+ Dry Cat Food from a single production run and shipped to customers in 12 States in December 2010. Some of the bags have been found to be contaminated with Salmonella. The following […]