A lot of pet owners call their vet or consult Google every time their pet eats something that’s not their food. Apart from chemicals that can be found in the house, the most suspicious items that can be eaten seem to be plants. A lot of them are poisonous to people, and if not poisonous, then they can at least upset our stomachs. Not to mention that very often, plants are treated with pesticides and other chemicals, or they are exposed to pollution. The best way to keep your pet from eating other things is to keep them well-fed – read this guide on how to create a diet – pet owner’s information to provide your best friend with everything they need.

However, a lot of animals are simply curious, and they use their senses, including taste, to get to know the world. So which outdoor plants are poisonous to our pets, when you should be careful and when you ought to react?

Not all lilies are equally dangerous to animals, so it’s essential to know the difference. For example, Peace, Peruvian, and Calla lilies may cause some minor tissue irritations, which can be aggravating to pets and therefore, should be avoided, but it’s not really dangerous to the pets’ health and lives. However, true lilies, like Tiger, Day, Asiatic, Easter and Japanese show lilies, are extremely dangerous to cats. It’s enough for a cat to eat only several petals to cause kidney failure. This requires immediate medical interventions, and it’s essential to know which kind of a lily your cat has consumed. If you don’t recognize it, it’s best to bring the flower with you along with the cat.

The more common is the spring crocus, which blooms in spring and can cause some stomach problems leading to vomiting and diarrhea. The spring crocus should also be avoided, but it’s the autumn crocus (blooming in autumn) that poses a severe threat to your pet’s health and even life. It contains colchicine, which is highly toxic and may lead to severe vomiting, internal bleeding, kidney or liver failure, and respiratory problems. The worst part is that sometimes, the signs can be delayed even several days.

Lycorine, an alkaloid that can be found in daffodils, has some strong emetic properties, which can cause severe vomiting and diarrhea. It can later lead to significant pain and even heart and respiratory problems. Lycorine is present in the flower, the plant, and the bulb.

Azaleas are highly popular among garden owners because of their beautiful colors, but it’s essential to bear in mind that they are also highly poisonous for cats. Even a few leaves can lead to mouth irritation, vomiting, and diarrhea. More severe consequences include a drop in blood pressure, which can result in coma or even death.

Oleander is both pretty and functional, as it may provide you with privacy, it’s always green and has beautiful, delicate flowers. However, it’s also poisonous for both humans and pets. You probably know better than to eat random plants, but you should keep an eye on your pets and children. Ingestion of oleander can lead to digestive problems, and in some cases, it affects the heart and results in death.

If you have these flowers in your garden, you have to be especially careful and watch if your dog is digging up any bulbs in the ground. Tulips have allergenic lactones, while hyacinths other alkaloids that can cause allergies and other problems in pets. It can cause drooling, vomiting and diarrhea in typical cases, but if your pet has eaten a larger amount, especially the bulbs, it can lead to the increase in the heart rate and respiratory problems.

There are multiple species in the datura family, but they are all deadly to almost all living creatures. Deadly nightshades, as they are all called, include jimson weed, moonflower, southwestern thorn apple, or sacred datura, also known as belladonna or devil’s trumpet. They all contain alkaloids that are poisonous to both pets and humans. Ingestion of these can lead to intense thirst, distorted vision, problems with coordination, fever, heart problems, and convulsions, which can result in coma or death.

Sometimes called coontie palm or cardboard palm, it’s a highly toxic plant, especially to cats, but should be avoided by all pets. Sago palms are popular in warmer climates, and while it’s hard to chew on their tough, sharp edges, it’s not impossible. Indigestion may lead to internal bleeding, vomiting and diarrhea, liver failure, and possibly death.

Many people think that we should only stay away from Yew’s berries, but it’s actually their foliage that’s more poisonous, especially to our pets. Make sure you keep your animals and children away from this plant, as ingestion may lead to death, and usually, there aren’t any prior signs.

Aloe is known for its health benefits, but the plant itself contains aloin, which is highly toxic to cats. It’s bitter and yellow, and you can find bernardspharmacy.com information it in most aloe plants, so if you want to grow it, keep an eye on your cat. Ingestion can cause vomiting and bloody urine.

Of course, this list is not complete, and you should always keep track of what your pet is eating; most things are not deadly to your furry best friend, but it’s just like with children. Whenever you notice that your pet is behaving abnormally or they ate something unusual, but there are no symptoms yet, you should immediately consult with a veterinarian; better safe than sorry.

Each year millions of little children enjoy the thrilling adventures of three harmless little words that lead to delicious goodies that seem to only make Dentists richer. What are the words? “Trick or treat!” Unfortunately, pet experts believe Halloween can also prove to be a chopping ground for pets who get to partake in the […] 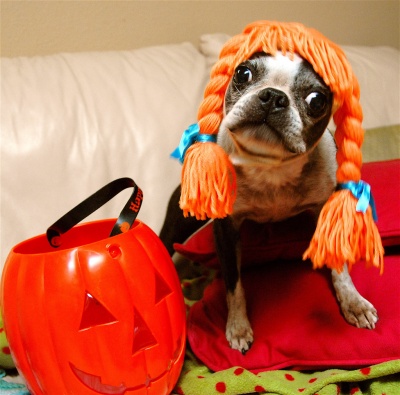 It’s winter in parts of the world and Mother Nature has made this winter one of the worst. We may say that every winter – perhaps we just feel more uncomfortable as we get older. While some dogs and even some cats have heavy, thick coats, they do not have sufficient protection from harsh winds, […]