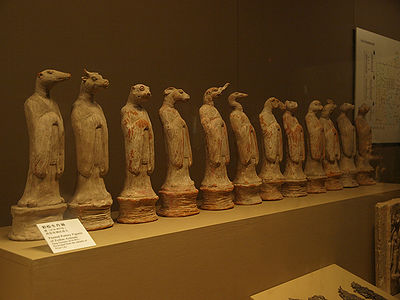 The practice of astrology has been around for thousands of years, it’s basic beliefs attributed mainly to the Babylonians. Beginning with changes in seasons, discovering weather patterns, it developed into predicting natural and human events.

The Zodiac (Greek for “circle of animals”) is believed to have been developed in ancient Egypt and was later adopted by the Babylonians. Early astrologers recognized that the sun returned to its original position after 12 months, what they referred to as the 12 lunar cycles. Experiencing the changing seasons and sighting the different constellations in each change, they gave them names of animals and people.

Whether you believe or not, astrology is considered a science. Many well-known people have turned to astrology to conduct their lives, both business and personal

Discovering your pet’s sign can be interesting and fun. Pets who are purebreds usually have papers stating their date of birth which makes finding their sign much easier. Strays or pets that have been adopted from shelters can be a little more difficult. Shelters and veterinarians can usually make a pretty good guesstimate of a pet’s age. But you can also match your pet’s traits fairly accurately with those listed next to each sign of the zodiac.

The 12 signs of the zodiac are separated into four groups or elements, each with 3 signs:

The dates listed may vary slightly among astrologers. The signs are listed with relevant characteristics.

Sagittarius – November 23rd-December 21st: energetic, playful, amusing, like adventure but shy away from a fight

We hope you have fun looking for your pet’s sign.

Dog sledding has been a popular activity in Canada for thousands of years. Around 1,000 A.D., the Thule Inuit migrated to Artic Canada from what is now Alaska bringing with them the first Canadian Eskimo dogs. The Inuit used dog sledding for transportation: to trade, hunt, fish, and monitor trap lines. Life in northern Canada […]

Highlights in History of Veterinary Medicine

Veterinary medicine has a long history dating back to at least 9000 BCE. Sheepherders, although not veterinarians, used their crude medical skills to treat their animals. Translated hieroglyphs from 4000 to 3000 BCE show that Egyptians, with their more advanced knowledge of medicine, treated and maintained the health of their domestic animals. Sanskrit texts (the […]