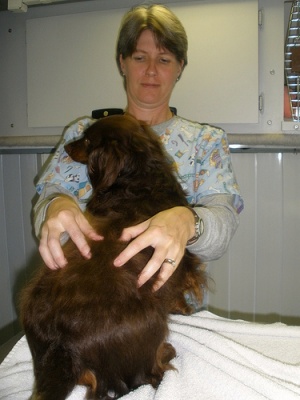 As soon as you adopt a pet, you will be in need of a veterinarian. Your vet will be responsible for all your pet’s health needs, including vaccinations, treatment for disease and injury, and periodic check-ups.

Our pets enjoy the great outdoors just as we do. But if you go hiking, camping, anywhere near water – ponds, freshwater lakes, streams, rivers and such – there can be a danger hiding. Blue-green algae can be present. Blue-green algae (known also as Cyanobacteria, algal, microcystis, cyanotoxin, anatoxin) produce microscopic bacteria which are poisonous […]

The Center for Disease Control and Prevention (CDC) tells us that the rabies virus can be transmitted to all mammals, humans too. Some mammals are carriers of the rabies virus and are referred to as reservoirs. Commonly, raccoons, foxes, coyotes, skunks and some species of bats are reservoirs but can also be infected by the […]

A new puppy or kitten may have accidents before they are fully house-trained. Sometimes unspayed females will urinate in inappropriate places. Intact males often mark their territory and inside the home is no exception. Pets who have never lived indoors don’t know the rules until they are trained. A percentage of older spayed female dogs […]