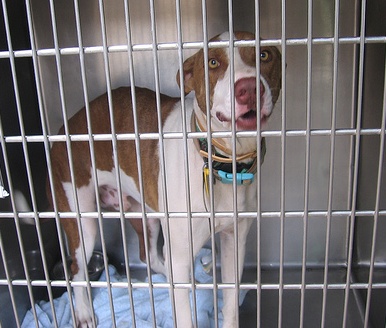 Did you know that more than 3 million dogs and cats are put to death every year because they are homeless? And that doesn’t include other types of pets. The estimated number of homeless animals across the United States in shelters is approximately 6-8 million. Those are staggering figures!

Some pets are adopted, but the remainder are euthanized because shelters don’t have the facilities to house pets for long periods of time. The pets euthanized include not only adult dogs and cats, but puppies and kittens, even purebreds.

We all think kittens, puppies and other baby pets are adorable, but the baby stage passes. Unless you are willing to have a multi-pet home, those that are somewhat more fortunate go off to the shelters. Others are just discarded anywhere. The shelters become over crowded and although most try to hold as many pets as possible for as long as possible, tragically these healthy, loving animals who have done nothing to deserve this are euthanized.

Those animals that wander the streets continually reproduce adding to the problem.

The only people qualified to breed pets are licensed breeders.

Be a responsible pet owner. Please, please spay or neuter your pet and help save lives.

See more: About Spaying or Neutering

Are you looking to make a real difference in the lives of animals? ASPCA is searching for public and private shelter leaders and volunteers to take their town to the next level by vastly increasing pet adoptions in their community. To sweeten the deal, they’re launching a friendly competition to inspire innovation and showcase successful, […]

Was the biblical Noah the first conservationist? It certainly seems so since he saved all species (except the species which live in the sea) aboard his ark during the flood. The Jerusalem Biblical Zoo created a visitor’s center in the shape of Noah’s ark, which according to the zoo’s website, “was meant to symbolize the […]

Before you take a pet

Before you share your life with a pet what, think about what you are doing. As we all know, keeping pets isn’t like playing online games, like Pet Society or FarmVille. Owners need to take care of their pets. That requires money, time, responsibility. Why do so many people keeps pet? Why do you want […]