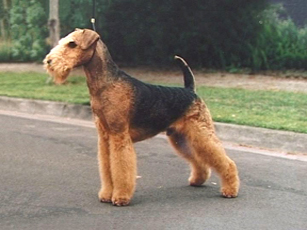 Terriers are very energetic dogs that range in a variety of sizes. Most terriers require stripping, a grooming technique for wirehaired dogs. Originally, terriers were bread for hunting small animals, and don’t tolerate other animals, including other dogs.

Mystery Dog of the Amazon Rainforests

Until recently, when a conservation biologist was able to film this short-eared dog inhabiting the Amazon rainforests , it was rarely seen by humans. The dog ranges over Peru, Bolivia, Brazil, Columbia, Ecuador and Venezuela, never anyplace near humans. It is sometimes called the short-eared zorro. Interestingly, the short-eared dog is not only more cat-like […]

Celebrate National Puppy Day , March 23rd, by adopting a puppy. Of course, have a family discussion first and make sure your are all ready to make a commitment to take on the responsibility of puppy ownership. Before choosing a puppy, do your research. Choose a puppy that will fit into your life style as […]