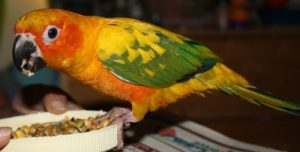 Lagomorphs are members of the taxonomic order of Lagomorpha, which includes rabbits, hares and pikas. Originally these animals were classified as rodents but it has since been discovered that they have unique characteristics which differ from those in the rodent order. The main differences are: Lagomorphs have four incisors in the upper jaw, while rodents […]

Is Pet Clothing a Good Idea