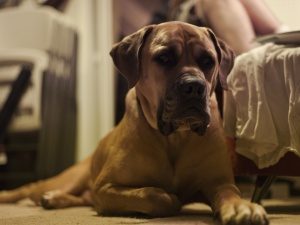 Fly-snapping syndrome or as it is also known, fly-biting syndrome, is of special interest to me as one of my dogs appears to have the syndrome. Murphy, my pittie mix, will sometimes stare at one of her paws and then lick or bite it as though something is there annoying her. At first I assumed […]

The Caique, also known as White-Breasted, Apricot-Headed or Yellow Thigh is a parrot. Their natural living space is in South America, mainly Bolivia, Brazil and Peru. The Caiques’ habitat is subtropical or tropical lowland forests or swamps. Caique are social birds and live in pairs or groups of up to 30. This parrot reaches about […]