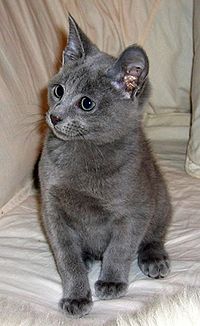 Russians have a long tradition of loving pets. The 19th century painter Velentin Serov famously portrayed Madame Yussoupova with her Pomeranian in the last days of the Russian Empire. Other painters of that century also painted noblemen with their pets.

During the Communist era, space and economic limitations prevented most Russians from owning pets. Since the fall of Communism, pets have become popular once again. Dog owners prefer purebreds and view them as status symbols. A bigger dog is considered an indication of the owner’s wealth, since he must have the space to provide for it. In the 1990s many people bought pets they couldn’t really afford, causing a surplus of homeless purebred dogs and overpopulation of animal shelters.

Russia does not have regulations regarding what types of pets can and can’t be kept. As a result, many Russians raise wild animals as pets. There are also no rules which prohibit animals from entering public places.

According to a 2010 survey, 56% of Russians own a pet and the most popular pet is a cat. Moscow even has a cat museum, which houses 1500 works of art and countless remnants of popular culture dedicated to cats.

Throughout English literature, you can see that British have a love for their pets. Kings and queens can be seen enjoying them in paintings from the Middle Ages. Queen Elizabeth I (1533–1603) of Britain is said to have kept a guinea pig as a pet. Queen Victoria was an avid pet lover. She popularized the […]