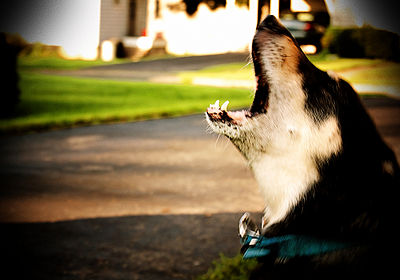 There is opposition to these bills from lobbies that profit from devocalization. They are trying to kill the bills through loopholes. One amendment would allow some people to have their dogs and cats devocalized.

Devocalization is cruel and inhumane. It allows a pet to be put through a dangerous and unnecessary surgery.

You can help by calling your legislators:

As Friends of Animals puts it so succinctly, “It’s hard to imagine someone could be inhumane enough to have an animal’s voice sugically stifled or that a vet would perform it. But they do.”

The Canadian TV show, “Top Chef Canada”, has aired an episode called “The French Feast” requiring chefs to create dishes using horse meat. We understand that in some cultures, eating horse meat is a delicacy. It can be found in many European restaurants and is sold in supermarkets in Quebec. Since the controversy over the […]