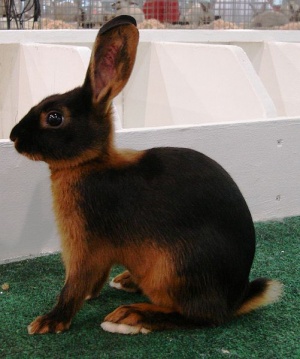 Lagomorphs are members of the taxonomic order of Lagomorpha, which includes rabbits, hares and pikas. Originally these animals were classified as rodents but it has since been discovered that they have unique characteristics which differ from those in the rodent order.

The main differences are:

What lagomorphs have in common with rodents is that their teeth continue to grow for their whole lives. This is why they chew constantly to keep their teeth worn down.

Lagomorphs exist today on every continent except Antarctica. They are native to every continent except Antarctica and Australia. They were brought to Australia and New Zealand by European colonists. On these isolated land masses, lagomorphs lack natural predators, as the few surviving marsupial predators (like the Tasmanian Devil) are close to extinction, and natural species are less voracious eaters with slower metabolisms and reproductive rates.

In general, lagomorphs have many predators, so they have certain characteristics which allow them to avoid them. They can easily detect predators with their big ears, eyes set high on their heads and flexible necks. When a predator is near, they will run away quickly. Lagomorphs also reproduce quickly, which helps compensate for the large numbers of them which are eaten.

Rabbits certainly can be litter-trained. It just takes patience and some time. The advantage of training your rabbit to use a litter box is that your pet can be allowed more freedom in the house and you don’t have to worry about soiling. The first thing to remember is always to reward your pet with […]

E. Cuniculi (Encephalitzoan cuniculi) is a tiny protozoan, a one-celled organism. It is found in the environment and can affect animals and humans. In order to survive it has to live within a host which is mainly a rabbit. Your rabbit can become infected with E. Cuniculi several ways – from mother rabbit passing it […]

Rabbits, just like humans, have individual personalities. Adult rabbits are products of their genetics and experiences. Before rabbits reach the stage when hormones become active, they should be spayed/neutered which usually improves their personality. It should be noted that female rabbits run an 80% chance of uterine cancer if not spayed by 5 years old. […]