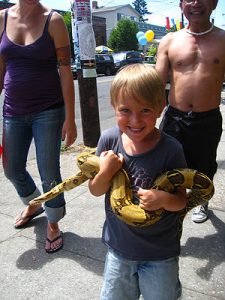 If you live in a desert area or any hot climate, your dog and cat need extra attention to keep them healthy and safe. Desert wildlife and vegetation can be dangerous for your pet. Poisonous snakes, scorpions and other creatures can make your pet ill or even kill them. When walking your pet, keep a […]