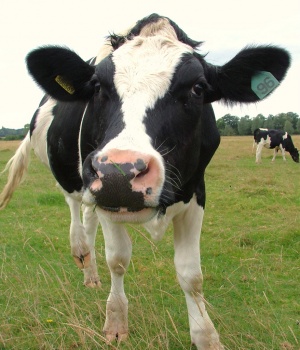 The Ohio Livestock Care Standard Board reversed its decision of last month and voted to phase out the extreme confinement of veal calves. The Board received over 4,700 comments in favor of stronger humane standards. See more: Animal Rights and Your Food

Ohio Governor Kasich’s team has allowed an emergency rule on the private ownership of exotic animals (such as big cats, bears, primates and large constricting and venomous snakes) to expire. The HSUS will urge Governor Kasich to adopt new regulations to prevent private citizens from keeping these animals. Besides being a form of cruelty to animals, these citizens do not have the knowledge to keep exotic animals at home.

Missouri Governor Jay Nixon announced a proposal to provide more than $1 million in additional funding for enforcement of regulations governing commercial dog breeding. While Missouri voters approved Prop B which includes standards for food and water, space for exercise, veterinary examinations, rest between breeding cycles and no stacking of wire cages, a number of legislators are working to repeal Prop B. They have introduced a new bill, SB113, which undermines most of Prop B. Urge your legislators to vote No on SB113.

The Internet has been inundated with videos of cats being given cold treats that will give them what is known as brain freeze. Sorry for all of you who take offense at what I’m about to say, but I view this as animal abuse. A cat’s nervous system is very similar to a human’s. Therefore […]

L’Oreal is the largest beauty and cosmetics company in the world. The HSUS tells us that for years L’Oreal has been involved in developing safe testing of their products without using animals. L’Oreal has provided the Environmental Protection Agency (EPA) with funds to test their methods and assess the safety in cosmetics. In a March […]