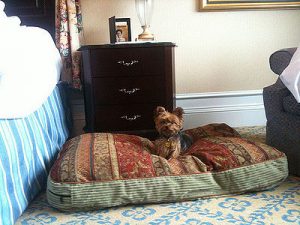 New Year’s is the perfect time for resolutions. We often make pretty grand ones and then forget about them the next day, but there are some fairly realistic resolutions you can commit to which will make your pet happier and healthier. Here are some ideas: If you haven’t adopted a pet yet, or have room […]

Thanks to the efforts of the No Kill Advocacy Center, Wilmington, Delaware’s non-profit No Kill shelter, Faithful Friends and groups such as Stray Haven Animal Sanctuary, the Governor of Delaware has signed a progressive law protecting companion animals. The Delaware Companion Animal Protection Act mandates that a shelter must coordinate with rescue groups and if […]