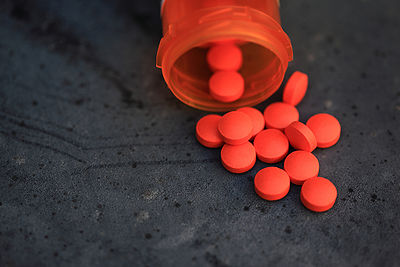 The starting point for a new drug is an idea. It ends with the approval of a marketable drug.

The FFDCA (Federal Food, Drug and Cosmetic Act) gives the legal right to the FDA (Federal Drug Administration) to approve and regulate drugs for people and animals. A drug is defined as “articles intended for use in the diagnosis, cure, mitigation, treatment or prevention of disease in man or other animals” and “articles (other than food) intended to affect the structure or any function of the body of man or other animals.”

The Center for Veterinary Medicine (CVM), part of the FDA, receives the new drug information and begins by sending it to one of its offices for evaluation – ONADE (Office of New Animal Drug Evaluation), OMUMS (Office of Minor Uses and Minor Species Animal Drug Development) to name two of the six offices) The new drug can be for companion animals or food producing animals.

A “drug sponsor”, who can be one person or an organization, is responsible for submitting all the information about the drug to the CVM. The drug sponsor initially researches the new drug and if it shows promise, contacts the CVM to begin discussions. The drug sponsor is responsible for testing a new animal drug for safety and effectiveness. Based on the outcome of these studies the sponsor decides if the drug will meet the requirements for approval.

The sponsor submits all information in a NADA, a New Animal Drug Application. CVM personnel – veterinarians, animal scientists, biostatisticians, chemists, microbiologists, pharmacologists and toxicologists review the NADA. If this team agrees with the conclusions of the NADA, that the drug is safe and effective, it is approved and the drug sponsor then can legally sell the drug.

This process is not as simple as it seems. From the beginning when the drug is only an idea until it reaches approval, there are many studies, tests and discussions as the drug is under rigorous scrutiny.

Once given the stamp of approval, the CVM protects both animals and people insuring that the drug is safe, effective and of high quality.

According to PetPace, they have developed and manufactured a cordless pet collar for dogs and cats that can detect medical and behavioral symptoms before they become visible. The collar’s sensors continuously monitor the pet’s temperature, pulse, respiration, heart rate, activity, calorie intake, pain and more. The information is transmitted to a small antenna connected to […]

Blowfish and Pufferfish carry a deadly toxin. Called Tetrodotoxin, it is an extremely potent poison and is stored in the skin and internal organs of the fish. Affecting the nervous system, Tetrodotoxin continues to be poisonous when the fish is dead. Even eating a small amount of these fish can be deadly. While Blowfish and […]

Coughing is more common in dogs than in cats but can occur in either. Our pets do cough every once in a while, especially those that spend a lot of time outdoors, possibly inhaling foreign materials. Coughing will help to dislodge whatever is caught in the airways. Coughing often and/or uncontrollably is a cause for […]