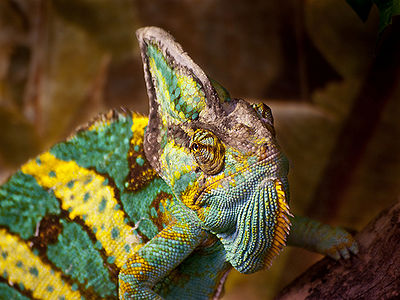 The more than 100 kinds of Chameleons can change color, usually between brown, gray and green. But some have the ability to change to almost any color. And they can perform this feat in 20 seconds.

Chameleons can be found in northern Africa, the Middle East, India and Madagascar.

Chameleons have special cells in layers under their outer, transparent-looking skin that have color in them. These cells are called chromatophores.

When the Chameleon receives a signal from the brain, the cells change form, mixing the colors.

According to scientific studies, Chameleons color changes occur to match their emotional state as well as to communicate with other chameleons and even humans, not their surroundings as many people believe.

Light and temperature are factors as well.

Lying in the sun, a Chameleon may turn green which will reflect the bright sunlight.

The Chameleon may turn a darker color when cold as dark colors absorb more heat.

To attract females, the male Chameleon will dress in bright colors.

Anger or fear can cause the Chameleon to change color.

These lizards can perform another trick for you. They can move their eyes individually in different directions at the same time. Now that’s special. 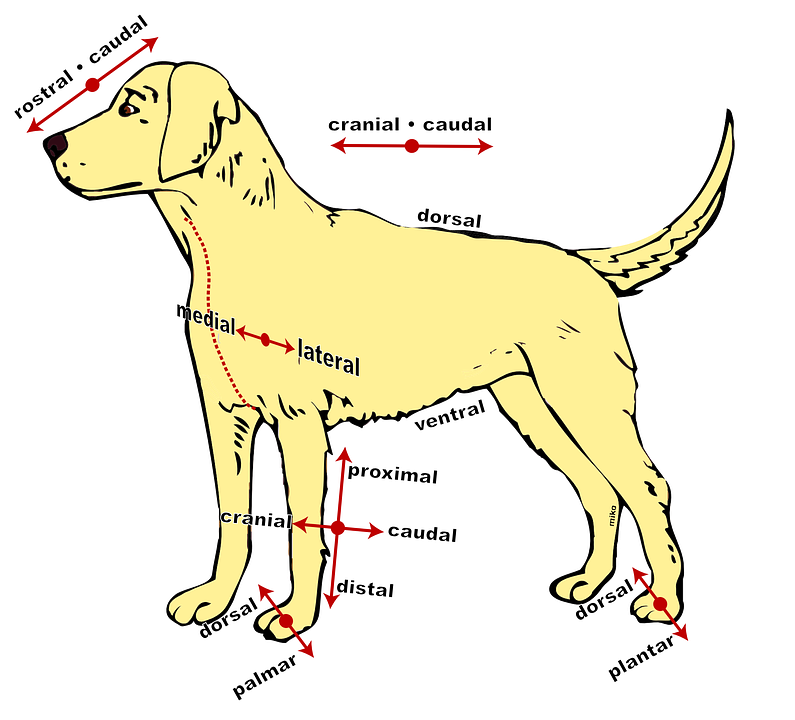 What’s the difference between a frog and a toad?

Frogs generally have wetter skin which aids respiration, while toads tend to be drier and have warts. Frogs live in the water and go to dry land for feeding, while toads live in on land and go the water for breeding and lays its eggs in a line as opposed to frogs, which lay eggs […]