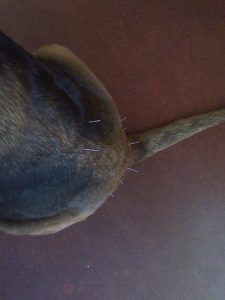 Recipes for Dogs with Kidney or Heart Disease

Billy, the rescued puppy mill Chihuahua, endeared himself to thousands of people who viewed a YouTube video. Billy appeared in the video with his rescuer and caretaker, Adam Parascondola. Because he lived in a cage without any medical care or attention for many years, Billy suffered both physically and psychologically. After his rescue, Billy had […]

Communicating With a Dog

There are dos and don’ts when interacting with a dog. They can make a big difference in how a dog responds to you, particularly a dog who is stressed or frightened. Whether it’s your dog or meeting a strange dog, it’s important to understand dog/human ways of communication. Never force a dog to come to […]