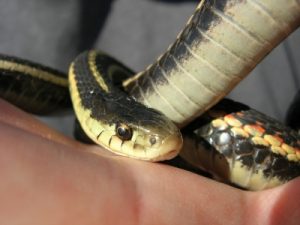 When asking your dog to do something, do you find yourself repeating a specific instruction several times (example-stay, stay, stay and so on)? Don’t feel badly, many of us are guilty of this behavior. Perhaps we humans think if we repeat a command, our dog will get it and do the behavior. Professional trainers tell […]