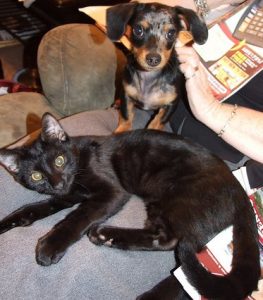 Finland claims to be the last wilderness in Europe. The country has large lakes and forests and a fairly small population relative to its size. There are at least sixty native mammal species, 248 breeding bird species, over seventy fish species and eleven reptile and frog species in Finland today. Finland’s cold climate is home […]

National Bird Day is celebrated on January 5. On this day, public awareness is raised regarding the threats to wild birds, as well as the plight of many captive birds. Today, nearly 12% of the world’s 9,800 bird species may face extinction within the next century, including nearly one-third of the world’s 330 parrot species. […]