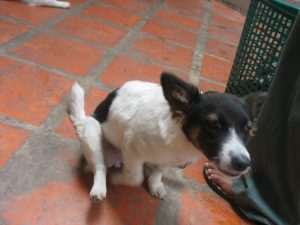 Contrary to popular belief, Comanche was not General George A. Custer’s horse. He was the most famous horse in America and was idolized in the latter half of the 1800s. Comanche, a Mustang/Morgan mix, was an army horse, bought in 1868 and sent to Fort Leavenworth, Kansas. There a Captain Myles Keough of the 7th […]

There is an old song that entreats “Don’t Fence Me In.” But in the case of our dogs, we’ve rewritten it to read “do fence me in.” Even dogs that have been trained well and seemingly never disobey boundary limits may at some point decide to run off. You don’t want to take the chance […]