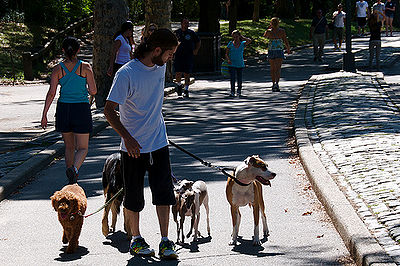 Caring for a dog is an extremely fulfilling experience but also a responsibility. Dogs need to be groomed, bathed and of course loved. Dogs with special needs are a challenge and puppies require extra care until they get older.

Caring for an Older Dog

There are signs to look for that tell you that your dog is growing older. Your dog’s muzzle begins to gray. They don’t see as well or respond to your call. They are not as active. They may have difficulty negotiating stairs or jumping into the car. Sad reminders our fur pals are aging. But […]

Aggression in dogs has a number of causes. They are mainly fear aggression, dominance aggression, protective aggression and aggression towards other dogs. Punishment should never be used when treating aggression. Anything that causes pain to a dog should not be used. Most times it only makes the situation worse. When your dog exhibits certain aggressive […]