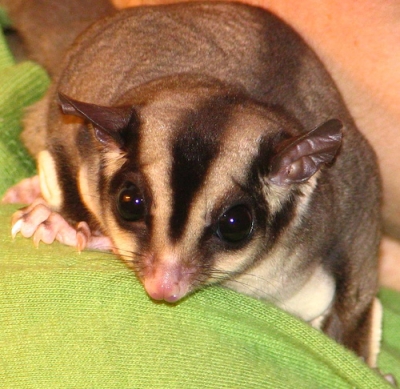 In the wild, Sugar Gliders have been known to jump 100 feet and more. So we do know they can leap long distances.

These marsupials are not actually flying although it may appear that they are. They are named for their ability to glide long distances. And they have a sweet tooth as well. The name Sugar Glider fits well.

There is a flap of skin called the Patigium that connects the front and back legs. It is covered fur and stretches. Parachutists have modeled their suits after the patigium in order to glide before opening their parachutes preparing to land.

The patagia (pl.) are not the same as birds’ wings. When stretching all 4 legs out, the patagia gives the sugar glider the ability to control its gliding as it goes from one point to another.

When a sugar glider prepares to jump, they spread their legs out which flattens and stretches the patagia. Similarly to a bird’s or airplane’s wings, they can control speed and direction by simply moving their arms and legs which changes the airflow.

Other creatures that have patagia or similar kinds of skin include bats, flying squirrels, the Madagascar lemur, colugos which are called flying lemurs found in the SE Asia and some frogs and lizards. 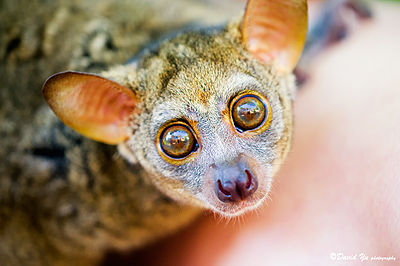 There’s a new designer pet called the Micro Pig. It measures just 8 inches from nose to tail and weight 9 oz. at birth, about the size of a teacup. Jane Croft, formerly a veterinary nurse, left her job to breed pigs and came up with these micro sized pigs. When full-grown, the micro pig […]

Exotic pets are considered any pets besides cats, dogs and horses. When you are called out of town on business or you are planning a vacation, your exotic pet needs to be in the care of someone, not always easy to find. Many people can count on friends, neighbors or relatives to pet sit while […]