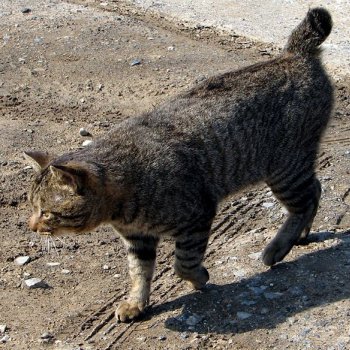 We’ve all heard the expression, “fighting like cats and dogs”, but is it true. In some cases it probably is so, but especially with cats and dogs raised together, they can become best friends. Even older pets can be introduced to each other and if they don’t actually become friends, they will tolerate each other. But there are times when no matter how hard you try, both the cat and dog are just not compatible.

These are some cat breeds that will enjoy the company of a dog and will get along well with children and other cats too.

This does not mean that other breeds or mixes won’t get along with dogs. With proper training, most dogs turn out to be pussycats when it comes to feline friends.

On a personal note: My dad would often take my then mixed breed rescue dog, Maizie Dae, for a walk when he would pick my son up from school. Maizie did not like cats and would often pull my dad when she saw one even at a distance. One day, upon reaching my son’s school, a stray cat, unafraid, rubbed up against Maizie. Fortunately Maizie had an excellent temperament (except when it came to cats) and to our surprise, she accepted the cat’s friendship. We never had a problem after that, introducing cats to Maizie.

We usually hear of separation anxiety in dogs, but cats can become upset when left too even if other pets are in the home. Cats may not demonstrate their anxieties the same way as dogs, but nevertheless, some are stressed. Separation anxiety occurs when there is a feeling of being abandoned or a fear of […]

Why Do Cats Roll Over

When dogs roll over, it’s because they want a belly rub. When cats roll over, beware – if you rub their bellies, you probably will come away with a scratch or a bite. There can be several reasons why cats roll over. When a cat rolls over and exposes his/her belly, the cat is showing […]