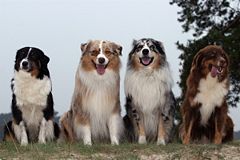 A Thoroughbred is a breed of horse and should be capitalized when used. A purebred is any breed of horse whose dam and sire are the same breed. The Thoroughbred horse was developed in the 17th and 18th centuries. It was bred for speed, strength and stamina to compete in horse racing. While used today […]