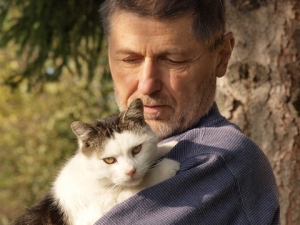 Almost like the battle of the sexes, the battle between who’s better, cats or dogs, seems to have raged on for centuries. People have a fondness for both types of creatures, as well as plenty of others, and have brought them home, making them a part of the family. Considering that they don’t have to pay rent, get fed and are taken care of, it seems that the animals are much smarter than their human companions. If we take the animals out of the equation, which type of human is smarter?

In a recent study, the University of Bristol tried to answer that question. At least in England, there is a higher correlation with cat owners and university graduates. Because cats are less time consuming than dogs, they are more popular with graduates that work further from home and have a longer commute to work. They also discovered that cat owners were more likely to be older and female.

The Department of Clinical Veterinary Science at the University of Bristol plan on performing the study in 2011 to see if anything has changed.

Introducing a Dog to a home with a Cat

Introducing puppies to your cat is easier than with a grown dog, but it can be done. Cats are very territorial while dogs want to be wherever you are. It’s a good idea to bring home a dog that has had obedience training and socialization. Puppies should attend obedience classes. You can begin the process […]

What products are available for cats?