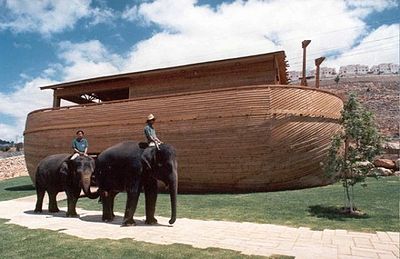 The Old Testament describes the animals which were known to the ancient Hebrews, providing us with a comprehensive overview of the animals which lived in ancient Palestine. The Bible uses the word “animals” to describe mammals, using different words for birds, reptiles and fish. In Genesis 1, God creates the fish and birds on the fifth day of work and the mammals on the sixth day.

The Bible occasionally distinguishes between domestic and wild animals (Genesis 3:14) but the crucial separation is between clean and unclean animals. Clean animals are edible while unclean animals are forbidden to be eaten (Leviticus 11:1-47). Animals that can be eaten are those that ruminate (chew their cud) and have cloven hooves (Leviticus 11:2-3; Deuteronomy 14:6). They include cattle, sheep, goats, deer, gazelles, roedeer, wild goats, antelope and mountain sheep. All of these species were once extant in and around Palestine.

The Old Testament specifically mentions four animals which cannot be eaten. The camel, the coney (“rock badger”) and the hare ruminate but don’t have cloven hooves. The pig has cloven hooves but doesn’t ruminate. Regarding marine animals and fish, only those with scales and fins can be eaten. Almost all flying insects, carnivores, mice, rats, snails, geckos, lizards, moles and chameleons are prohibited.

Israelite religion required that animals be brought as sacrifices. Most sacrifices were of sheep, cattle and goats.

Translation of the names of animals in the Bible presents some difficulties. For one, sometimes the Bible does not distinguish between two species and uses the same word for both. One word, for instance, identifies both the eagle and the vulture (nesher). Early European translators were not always familiar with the wildlife of Palestine and this led to some mis-translations. Additionally, some animals which were once common in Palestine have become extinct (lions, ostriches, fallow deer, onagers and some antelope species), so some animal names cannot be translated with any certainty.

Can you take your pooch to church or synagogue? A growing number of religious institutions are starting to include pets in their services. For instance, St. Francis Episcopal Church in Stamford, Connecticut has a special service which includes pets. The service is geared to those whose pets are a central part of their lives, and […]