How would you define the word “pet?” Which animals are considered pets and which are not?

When we say the word pet, we are usually thinking about animals such as dogs, cats, birds and guinea pigs. But there are some countries where dogs and cats are considered food and there are people who raise chickens, pigs, goats and donkeys as pets. Even stranger (and controversial), some people consider lynxes, llamas and giraffes to be pets.

So, what makes an animal a pet?

The simplest answer is that a pet is a domesticated animal. Dictionary.com defines pet as “any domesticated or tamed animal that is kept as a companion and cared for affectionately.” Any animal which can live a healthy life in captivity can be raised as a pet. A koala, for example, while looking cute and cuddly, is not a good pet because its life span would be shortened considerably if it were living in captivity. On the other hand, house cats have an extremely long lifespan since they are removed from the dangers that lurk for them outside.

Another possible definition of a pet is an animal which has a bond with its owner. Some animals bond more naturally than others. Cats are considered to be less affectionate than dogs but they very much appreciate human attention and this is why they are such popular pets. Other animals such as iguanas are not naturally affectionate but when properly trained can also bond with humans. Whether a bond develops with a pet which is not naturally affectionate is mostly a factor of how much time the owner can devote to the pet. 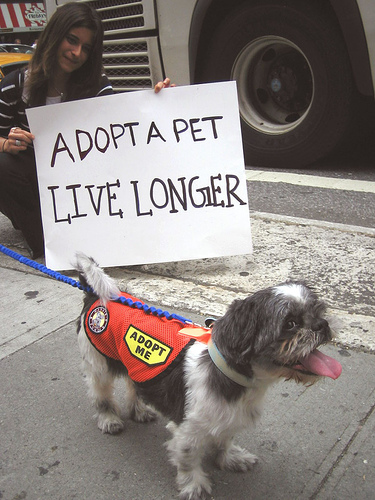 This definition doesn’t include animals like fish which do not bond with people but are clearly considered to be pets. Possibly the definition of a pet is any animal which is not kept for economic reasons. A breeder of dogs would then not be considered a pet owner. A farmer would not say he had pet pigs but a person keeping a pig in his backyard for fun would call it a pet.

Animal conservationists would argue against keeping a pet which belongs to an endangered species. The pet industry has caused many animals to almost disappear from the wild. Some species of snakes, iguanas and frogs are dwindling in number in their natural habitats because they are being caught and sold as pets.

In conclusion, while there are guidelines and social norms as to which animals are considered pets and which are not, this is clearly also a subjective matter. What one person considers to be a pet another might consider to be a wild animal, a pest, or possibly even dinner.